May 29th 1990: The first ever Scottish International Children’s Festival opens its doors (well, tent flaps) in Edinburgh’s Inverleith park! A village of white tents hosted a bounty of treasures, from world-class puppeteers to gritty, coming-of-age dramas. Records show that some 20,476 children and their accompanying adults watched 75 performances of 12 main-stage shows, with theatre companies travelling from Zimbabwe, Canada and the Netherlands.

As founder Duncan Low explains in the video below, he was inspired by a visit to the Vancouver International Children’s Festival – then the largest of its kind. When he returned to Edinburgh, he registered the Scottish International Children’s Festival as a business in January 1989. It took a year and a half, and lots of talented people, to bring to life his vision for a Scottish festival that celebrates the very best performing arts for children and young people. 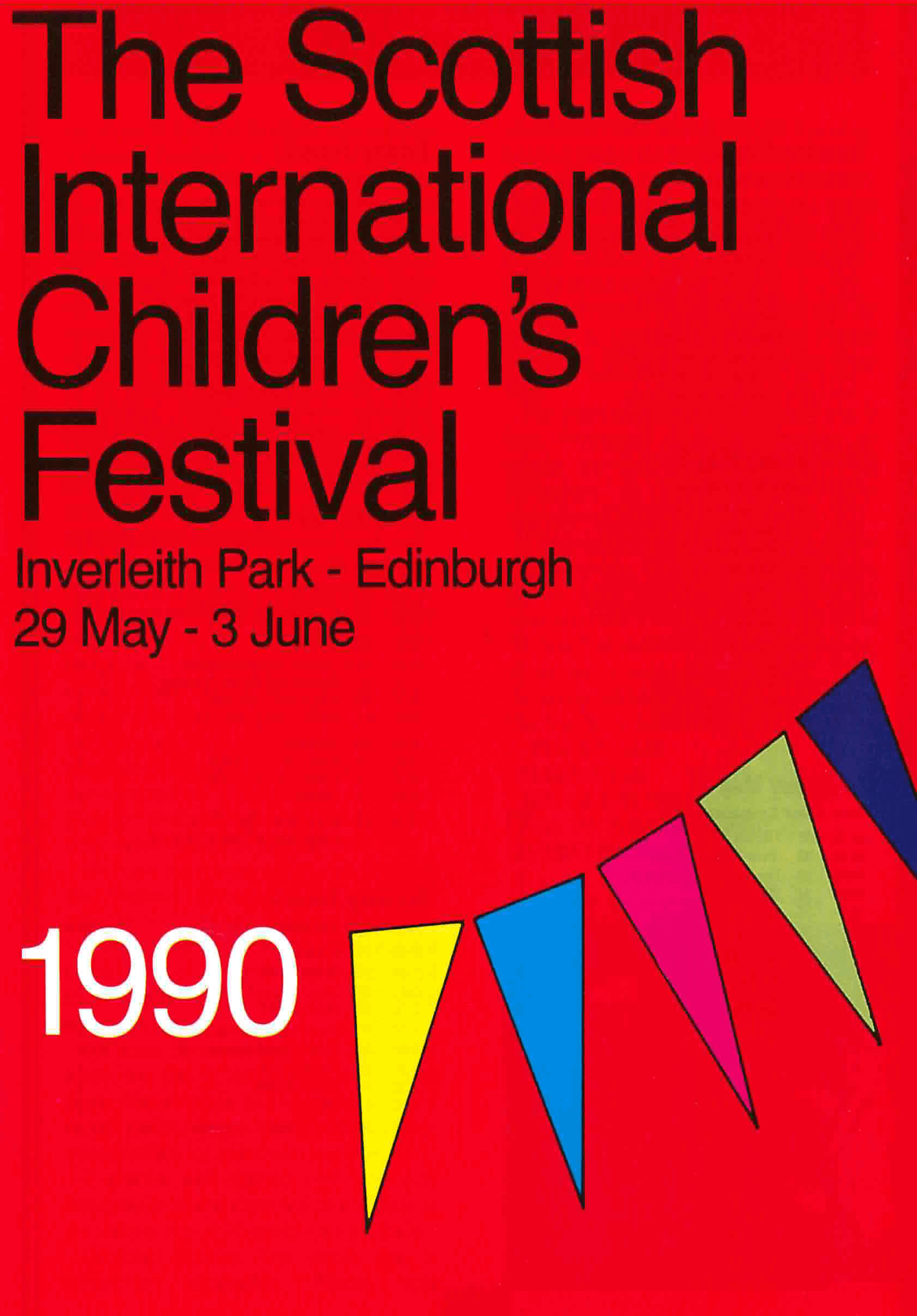 “Lots of smiling children made lots of noise.” (Johanna, age 12).

“Wherever I walk I can hear either music making or people playing games. The festival isn’t just fun it teaches you everything.” (Anna-Louise, age 11).

“Night Light was great fun and might even help mums and dads lose their fear of monsters!” (Lindsay, age 9).

“There are a few problems to sort out for next year but let’s hope we have another festival – thank you!” (Duncan, age 9). 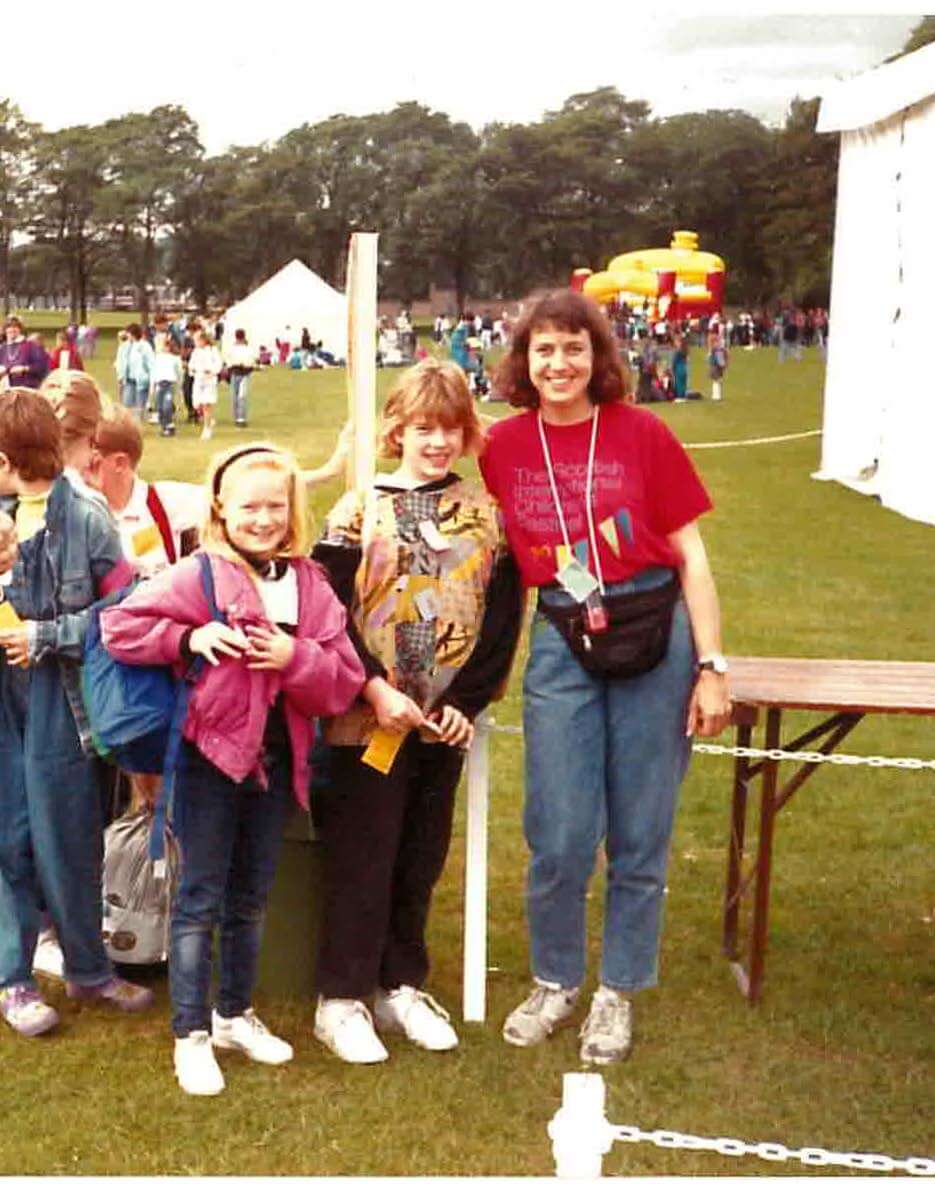 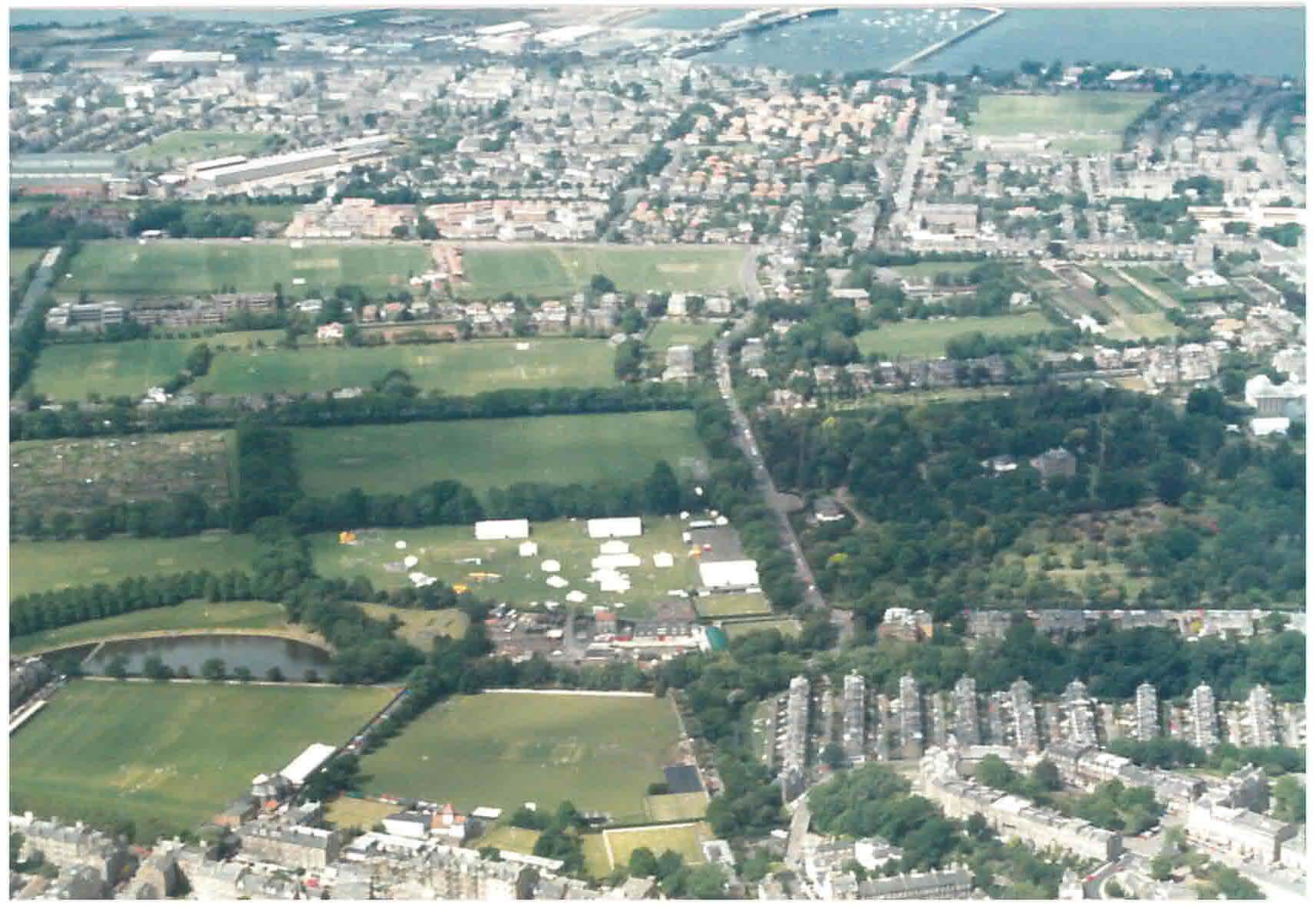 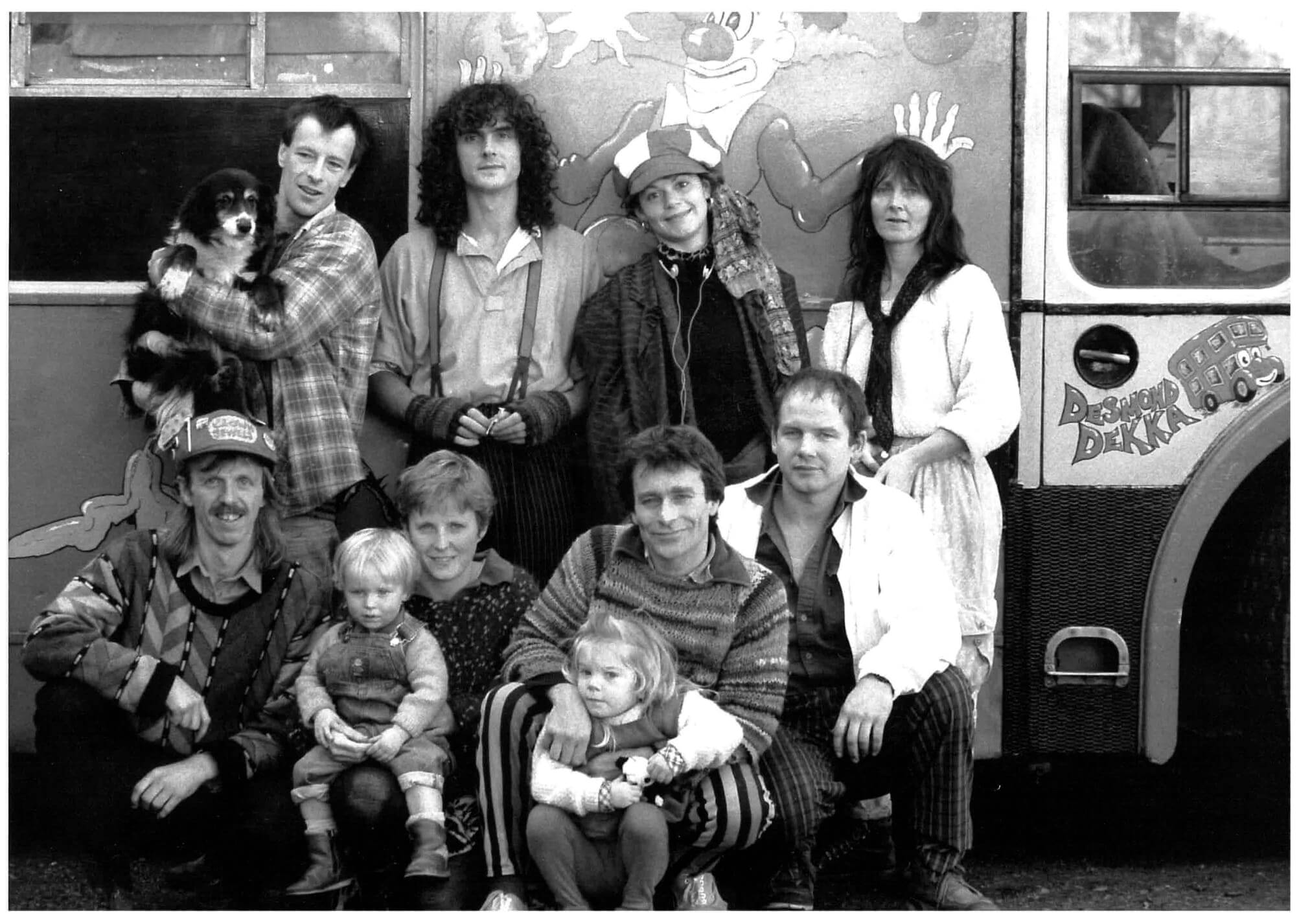 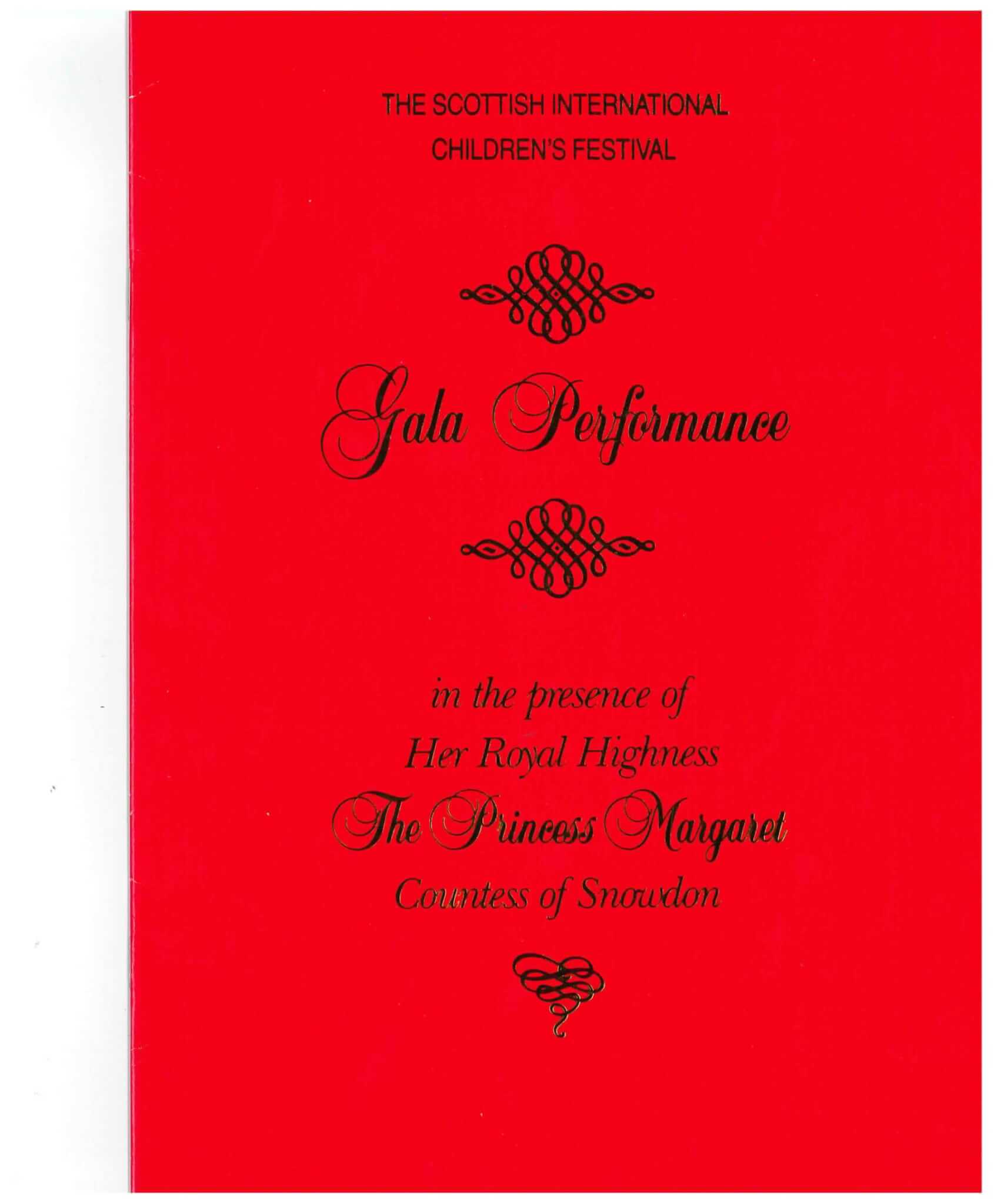 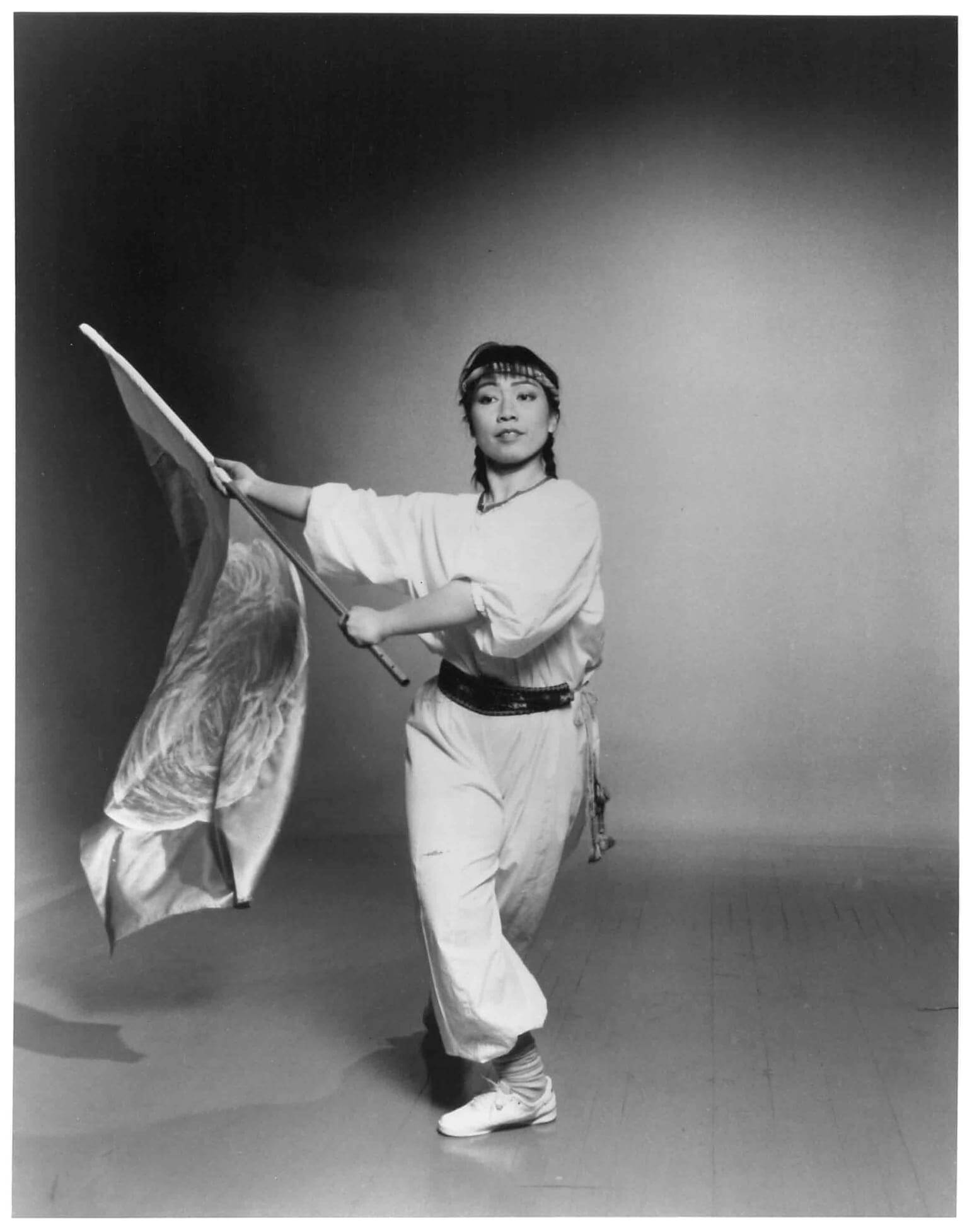 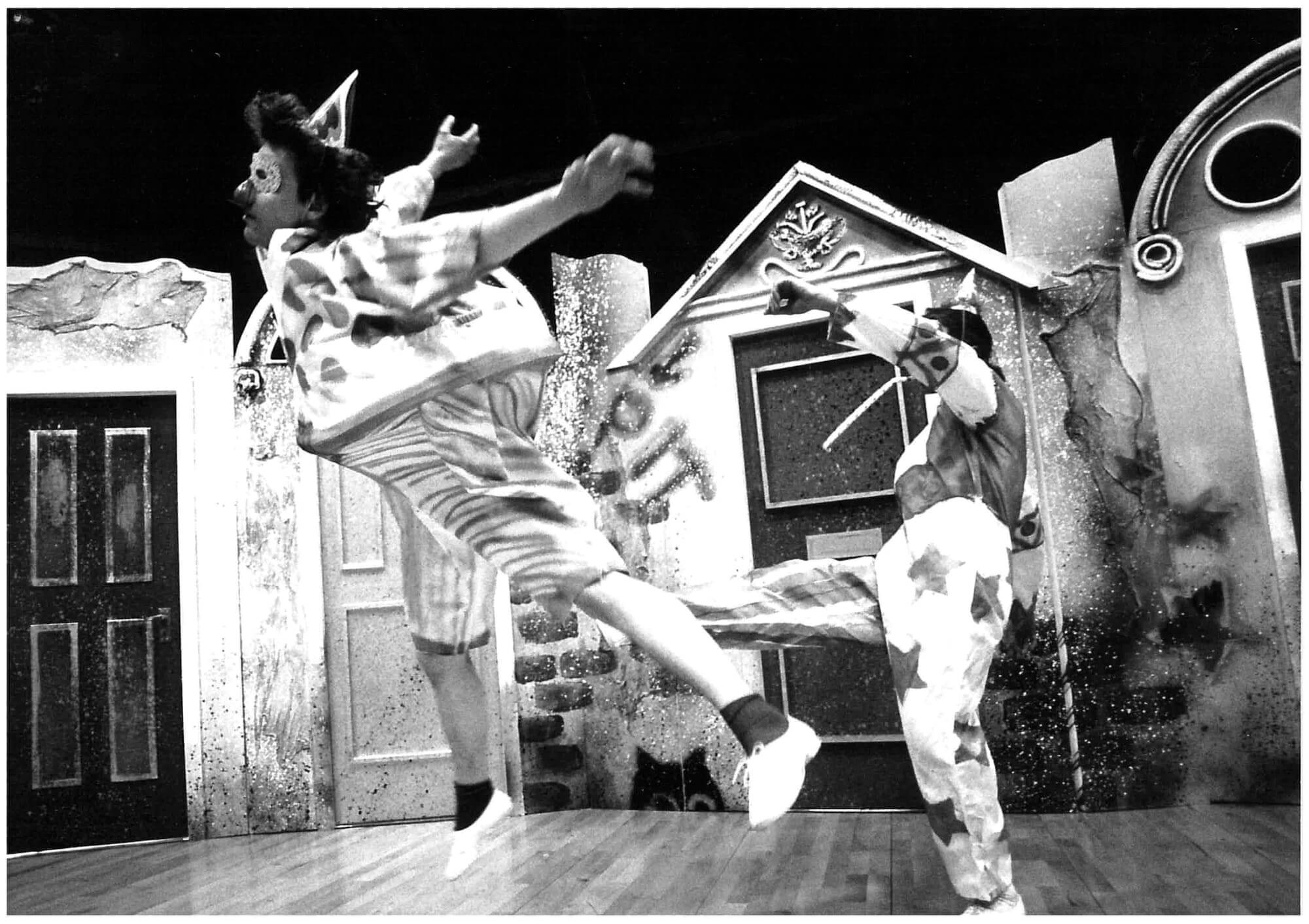 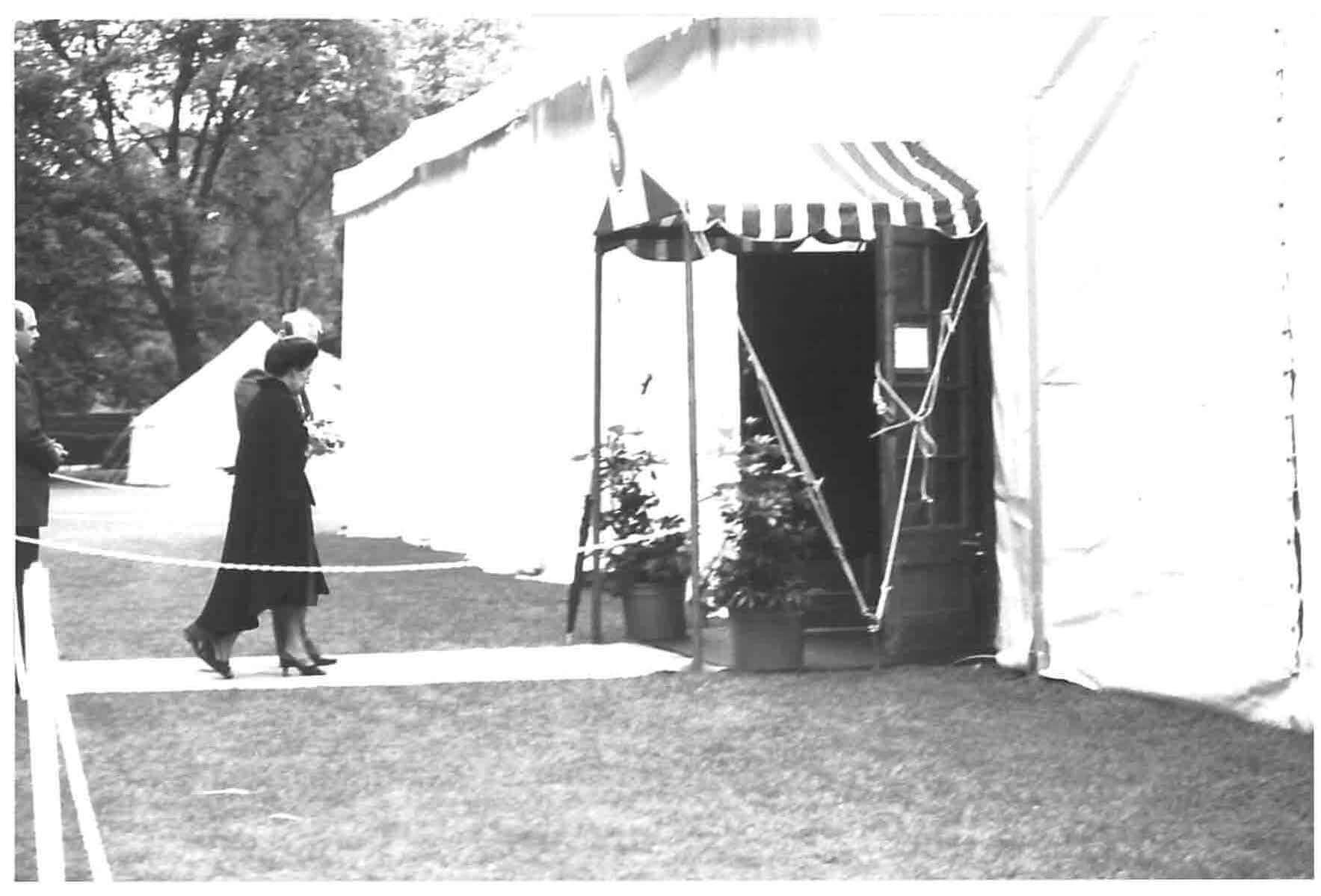 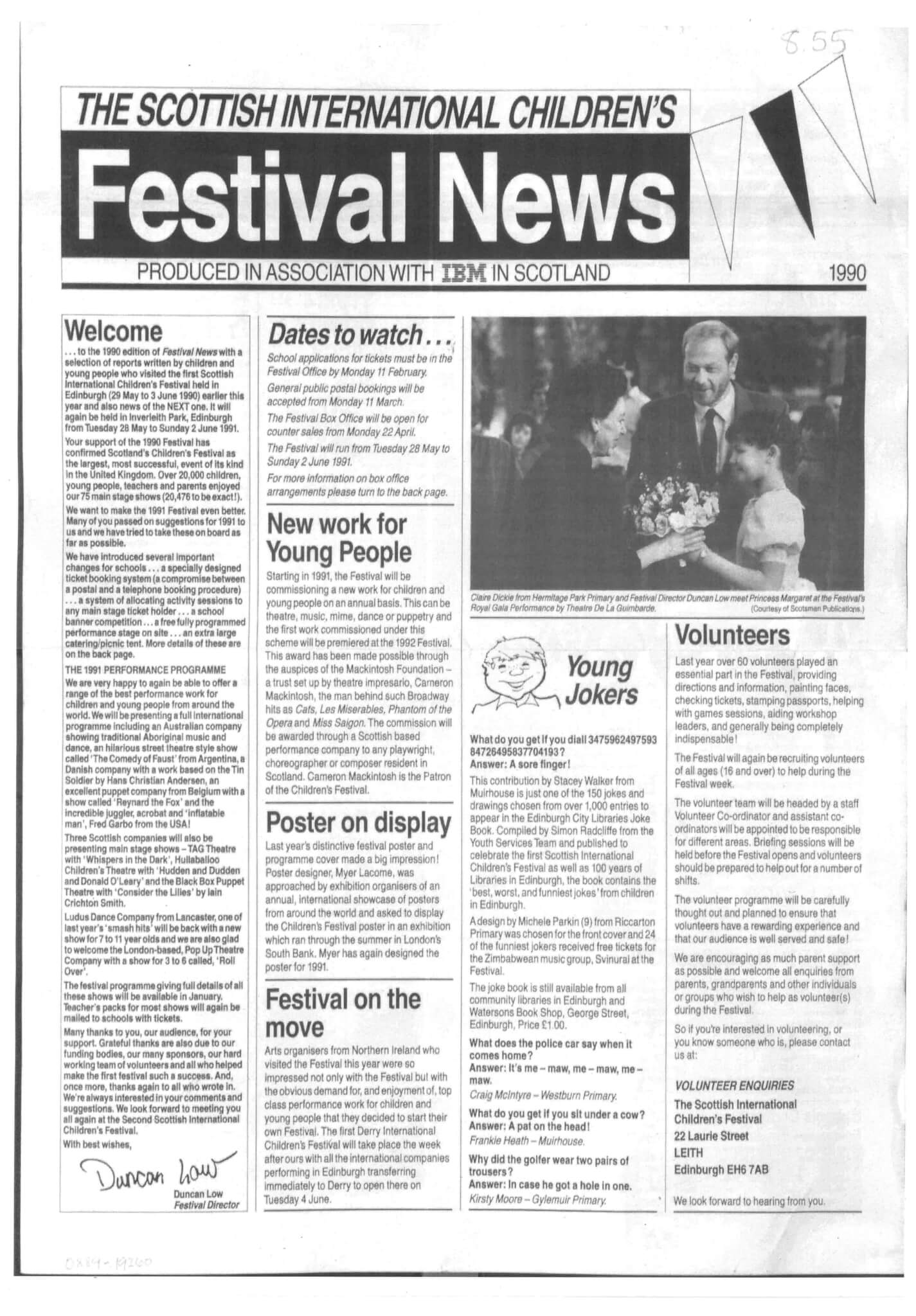 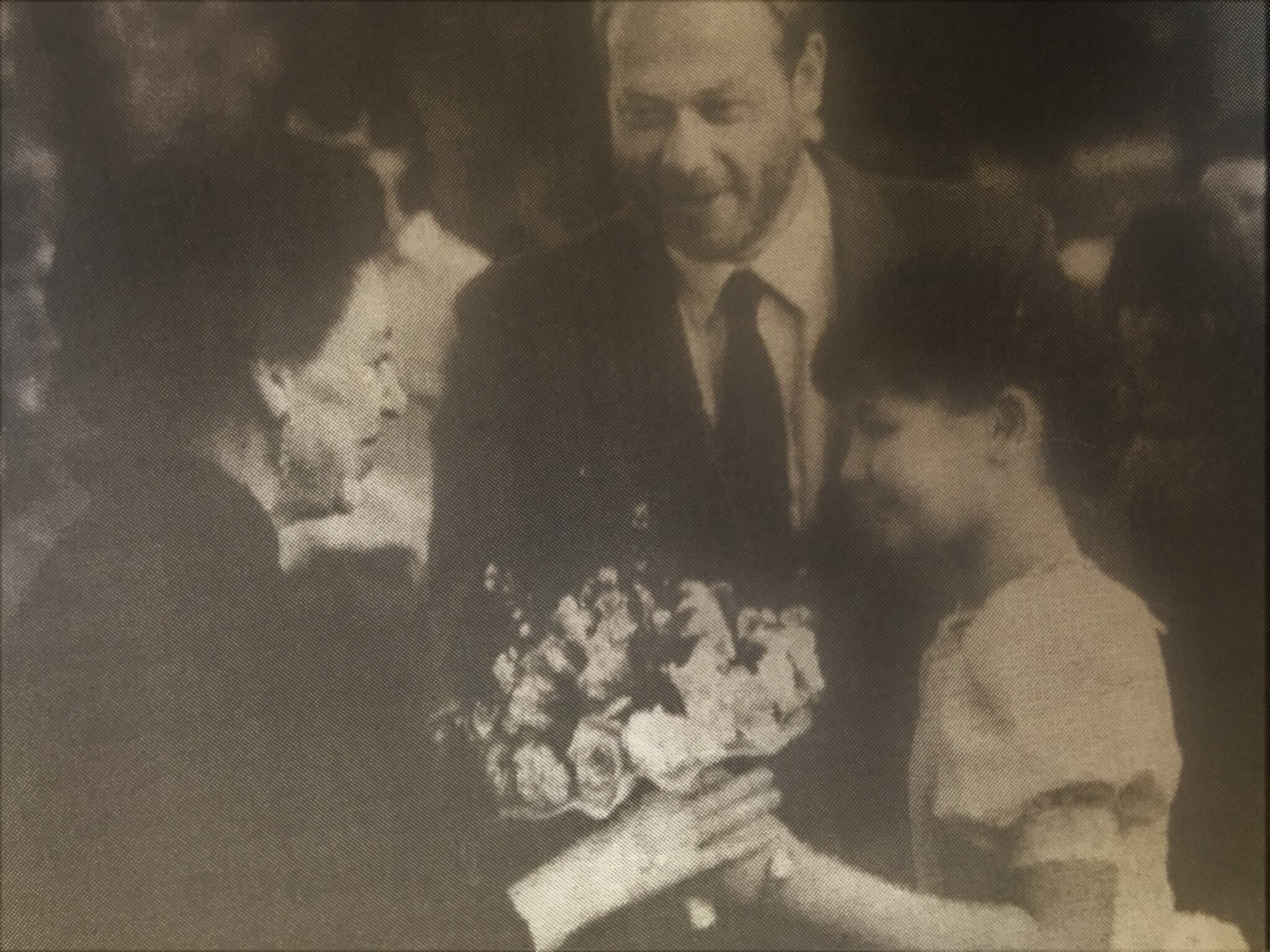 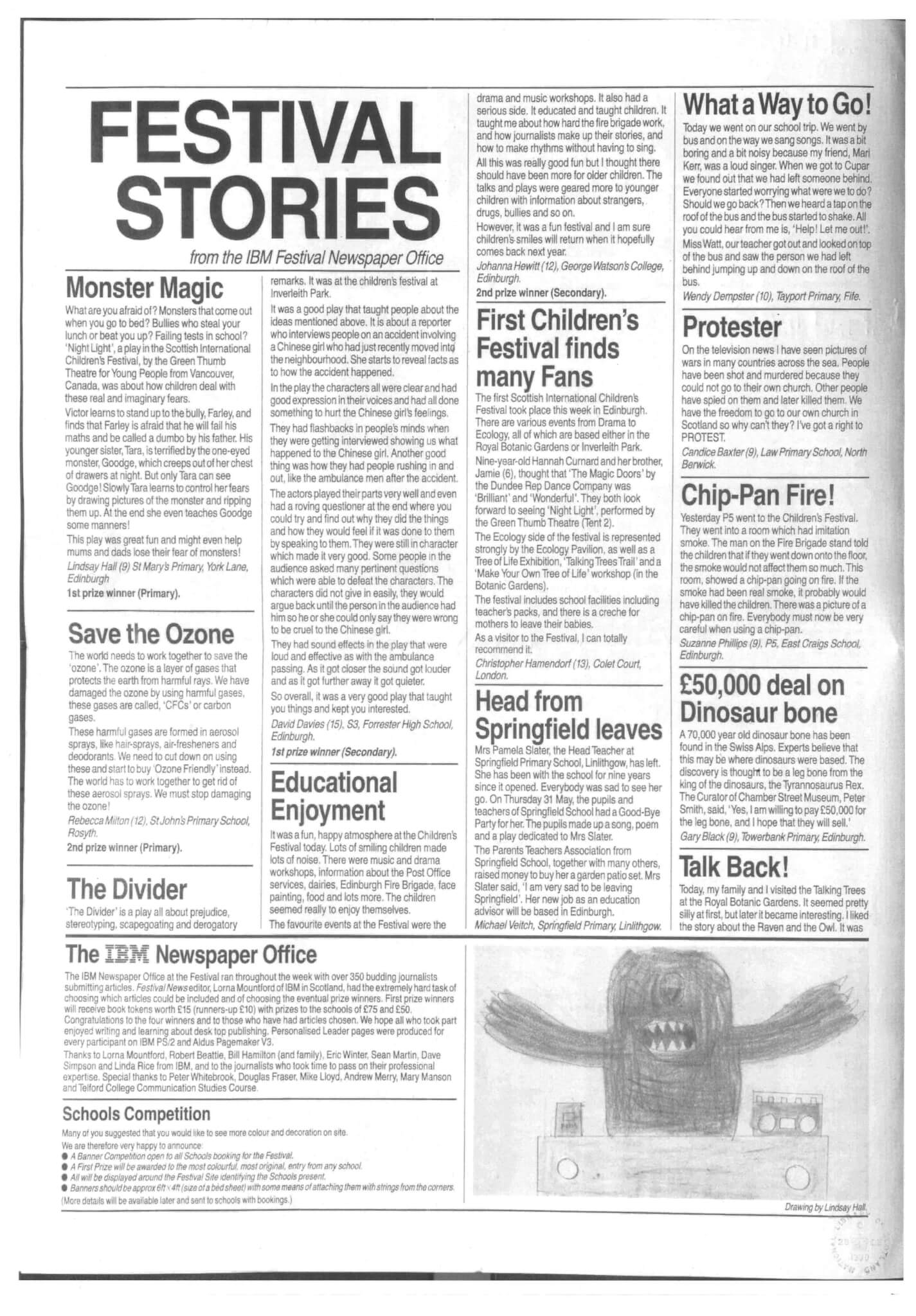 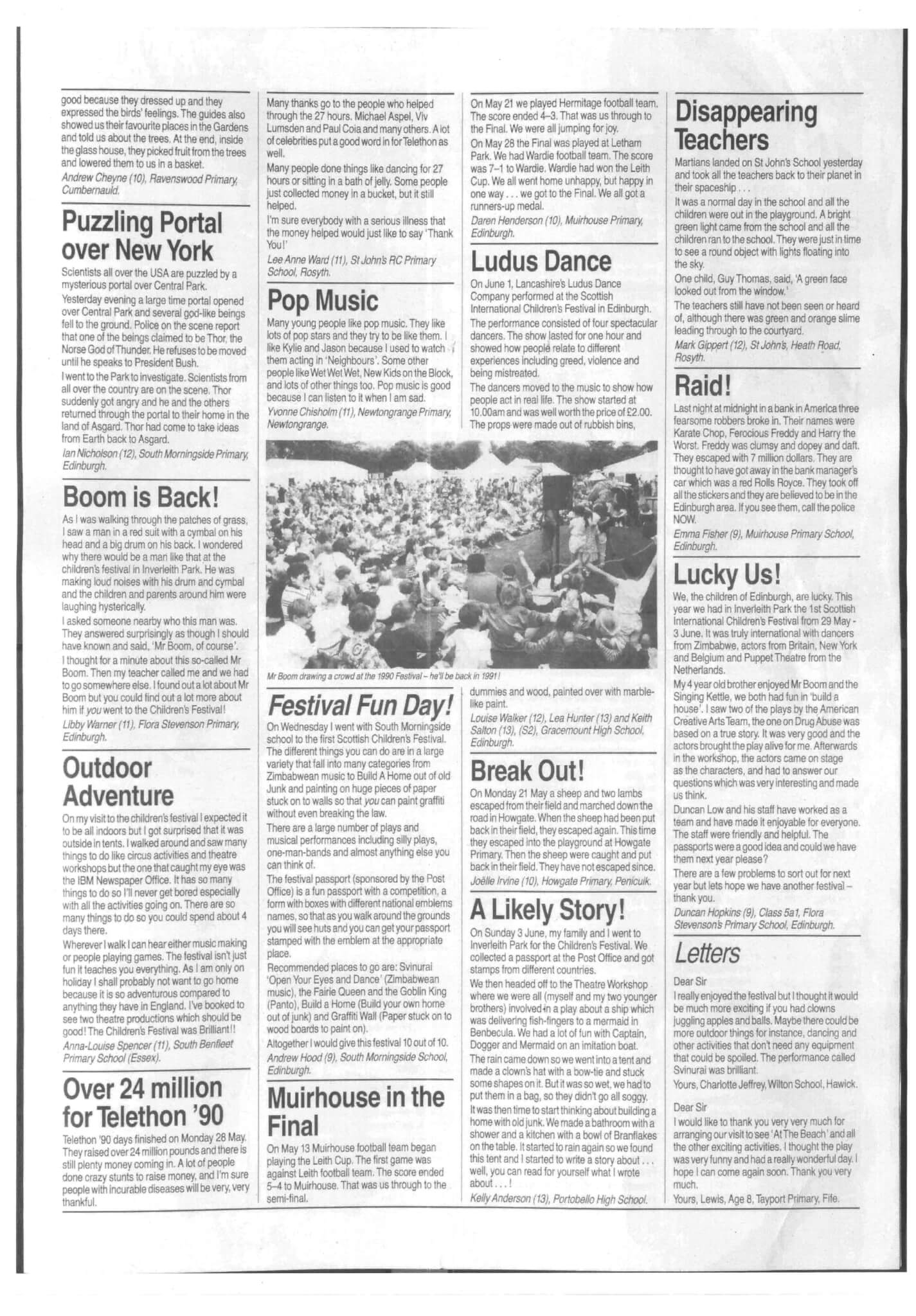 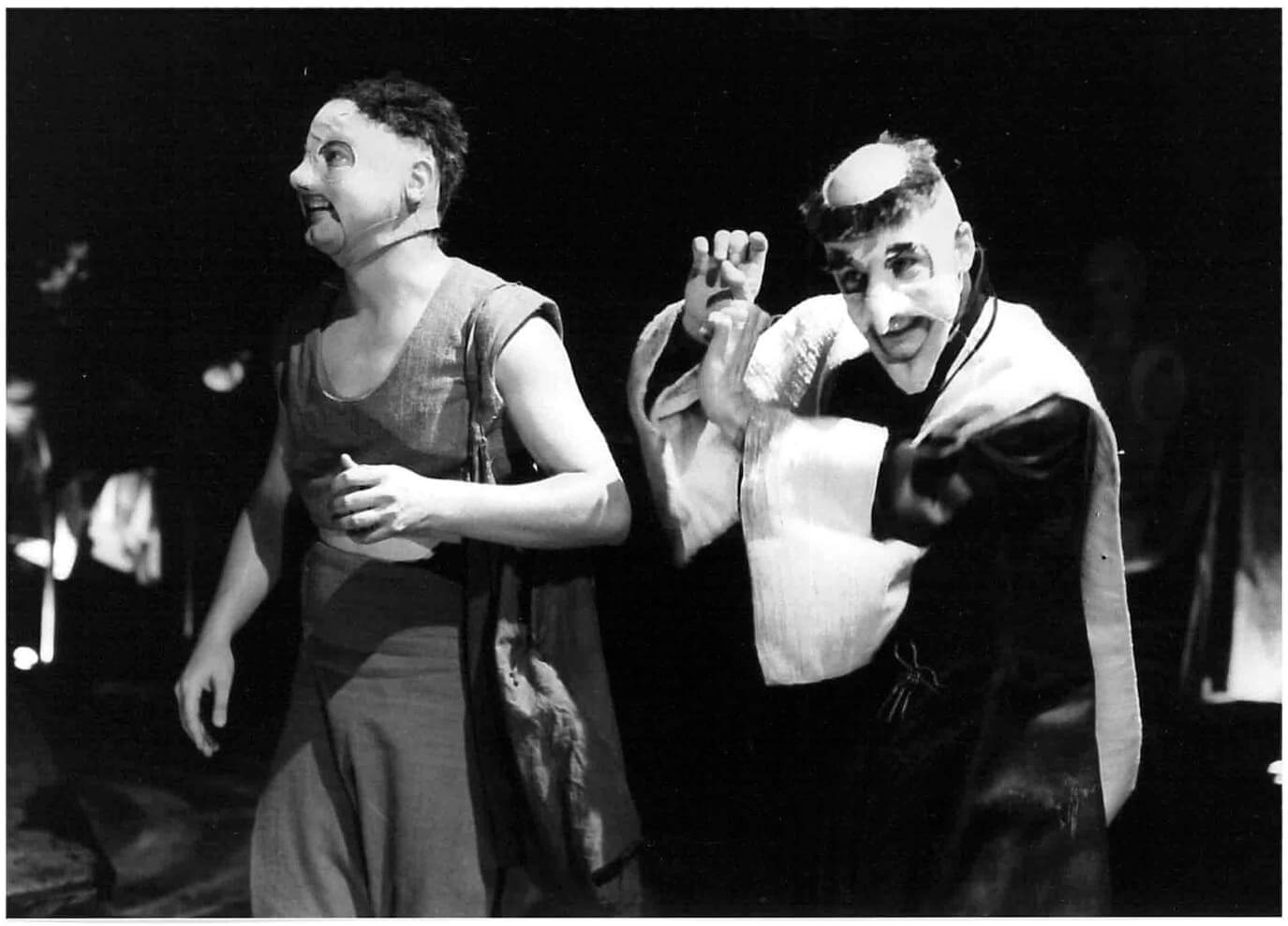 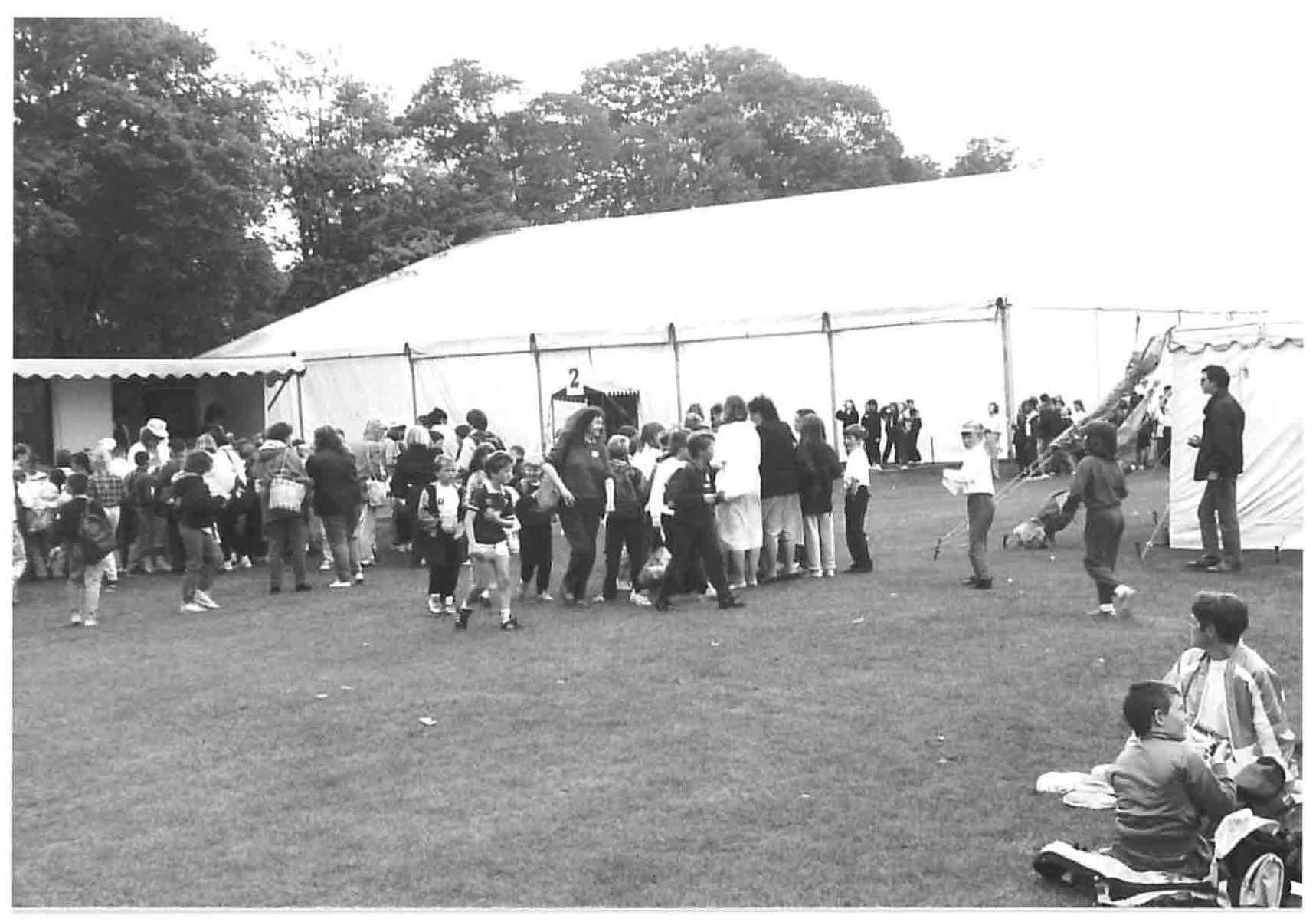 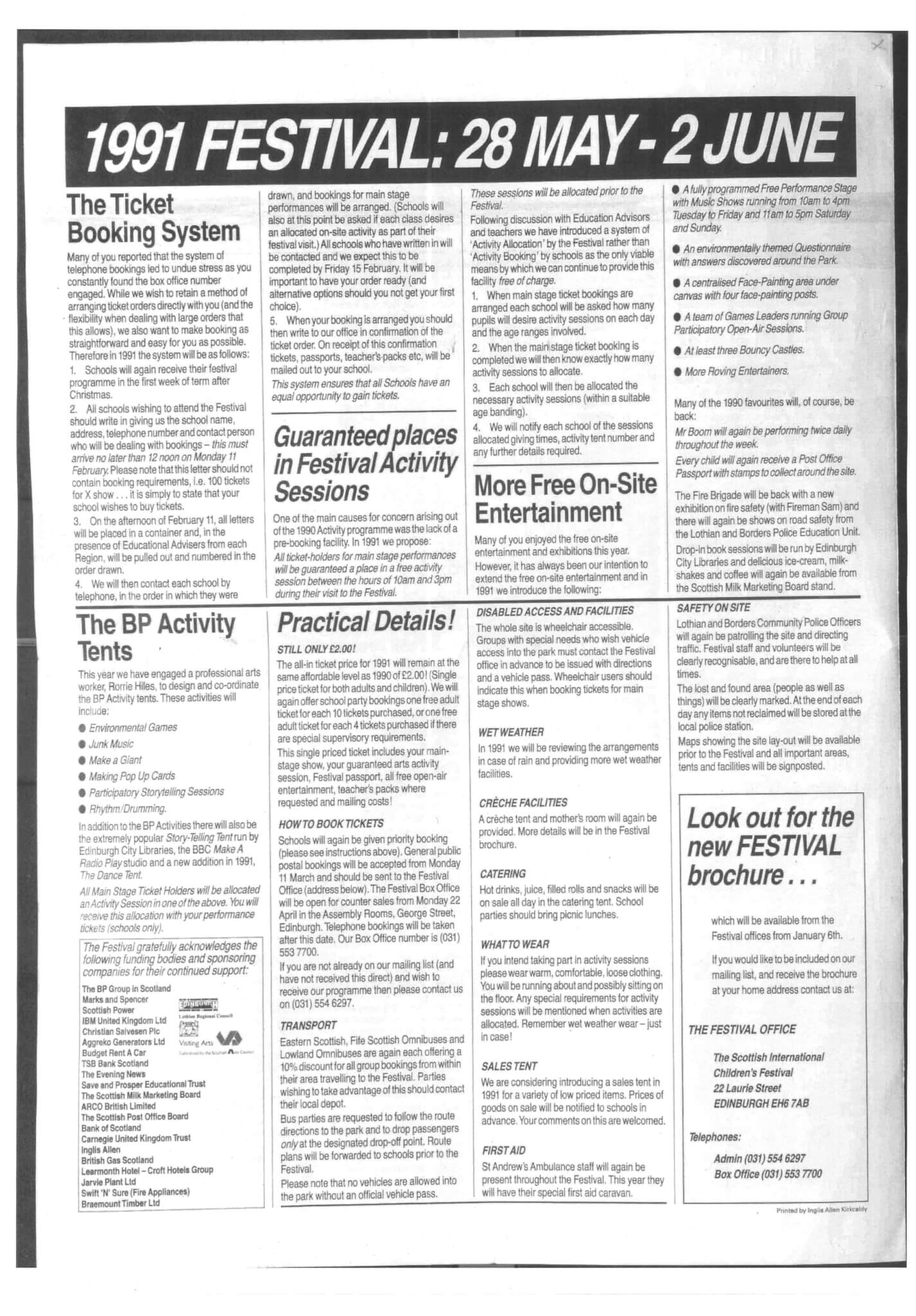 The Festival on Inverleith Park

Princess Margaret at the Festival